Mythbusting: Is Israel the only Democracy in the Middle East?

Supporters of Israel often claim that BDS is unjustified because Israel is the Middle East’s only democracy. This particular myth is repeated so often that is has almost become conventional wisdom. A closer look, however, reveals that this claim is neither fair nor true.

According to Freedom House, Tunisia, where the Arab Spring began in 2010, receives a rating of “Free”. Tunisia recently adopted a progressive constitution and held free and fair elections with a great deal of transparency. The Tunisian Dialogue Quartet recently was awarded the Nobel Peace Prize for its role in transitioning that society from dictatorship to democracy. The US Department of State praised the Quartet in a press release: “The Tunisian model of inclusivity and respecting fundamental freedoms of all its citizens is the best answer to the violence and extremist ideologies that have torn apart other countries in the region.”

Delegate Kramer, Can We Talk?

On November 18th members of the Freedom2Boycott coalition testified before the Montgomery County state delegation against expected legislation penalizing businesses that participate in boycotts of Israel. After our testimony, you began an aggressive line of questioning directed at Whit Athey of Peace Action Montgomery (PAM), while cutting off his response. 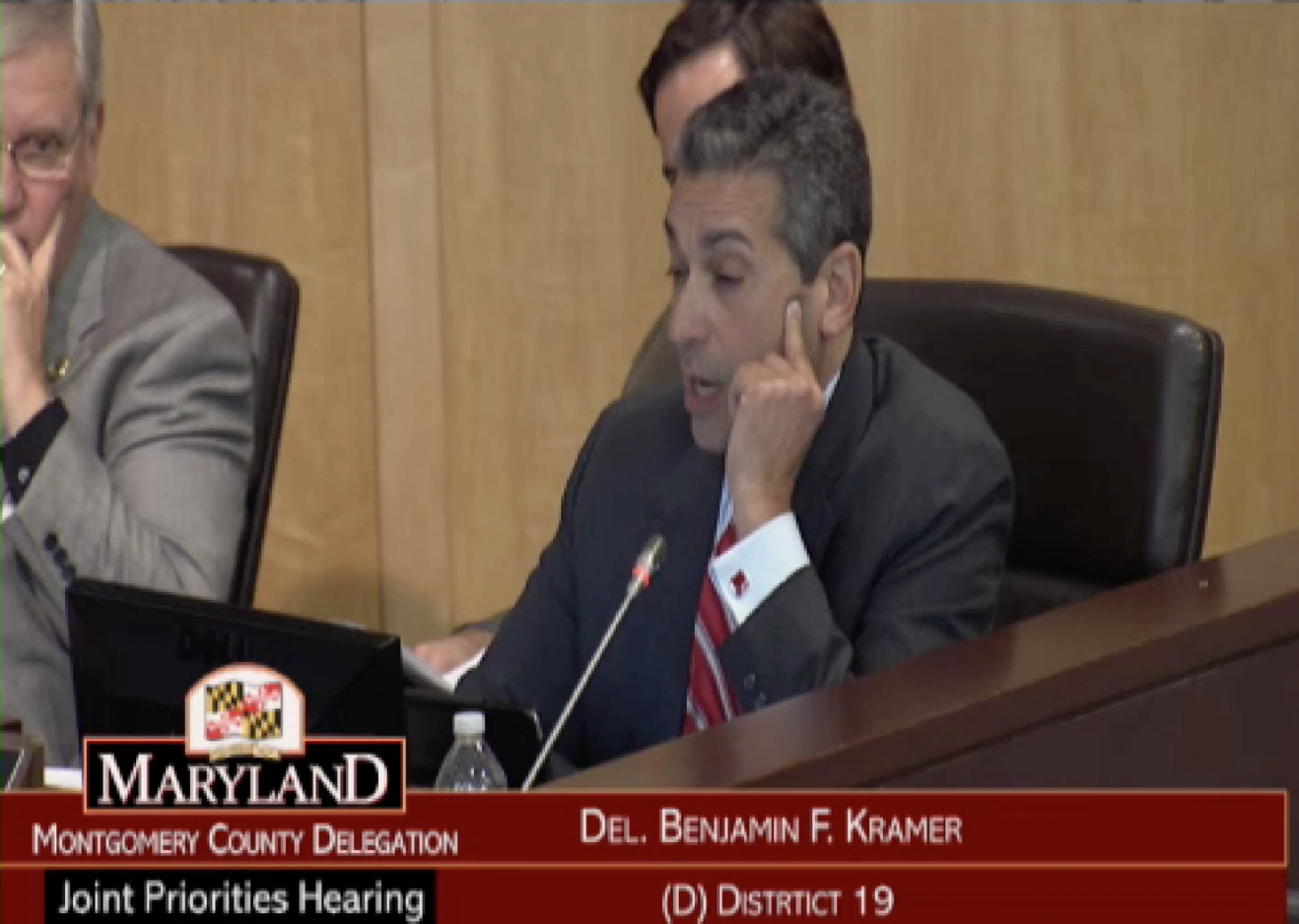 Testifying in Rockville at the Montgomery County Priority Hearings

Several people from the Freedom2Boycott coalition testified to the Montgomery County legislative delegation in Rockville tonight!

Over the past few days a committed group of activists have formed this organization because we recently read an article in the Jewish Times saying that there will be a joint effort by the Baltimore Jewish Council (BJC) and the Jewish Community Relations Council of Greater Washington (JCRCGW) to hinder peace activists in Maryland and around the world who seek to hold Israel accountable for its occupation through the global Boycott, Divestment, Sanctions (BDS) campaign. They will try to do this by introducing legislation in the Maryland General Assembly:

BJC executive director Art Abramson said the council is working with local delegates on an anti-BDS bill, which is expected to be this coming year’s major policy issue for the council.

“We think that we will be able to provide some sort of legislation that will make it very difficult for those who want to deal in business [and who] promote boycott, divestment and sanctions against Israel to operate in our state,” Abramson said. He added that he thinks legislation can move forward now that the BJC and the Jewish Community Relations Council of Greater Washington are united in their positions.

Freedom2Boycott defends the 1st Amendment right to boycott, including the boycott of Israel known as BDS. Click to help! Find an Event Tweets by @freedom2boycott
Subscribe with RSS